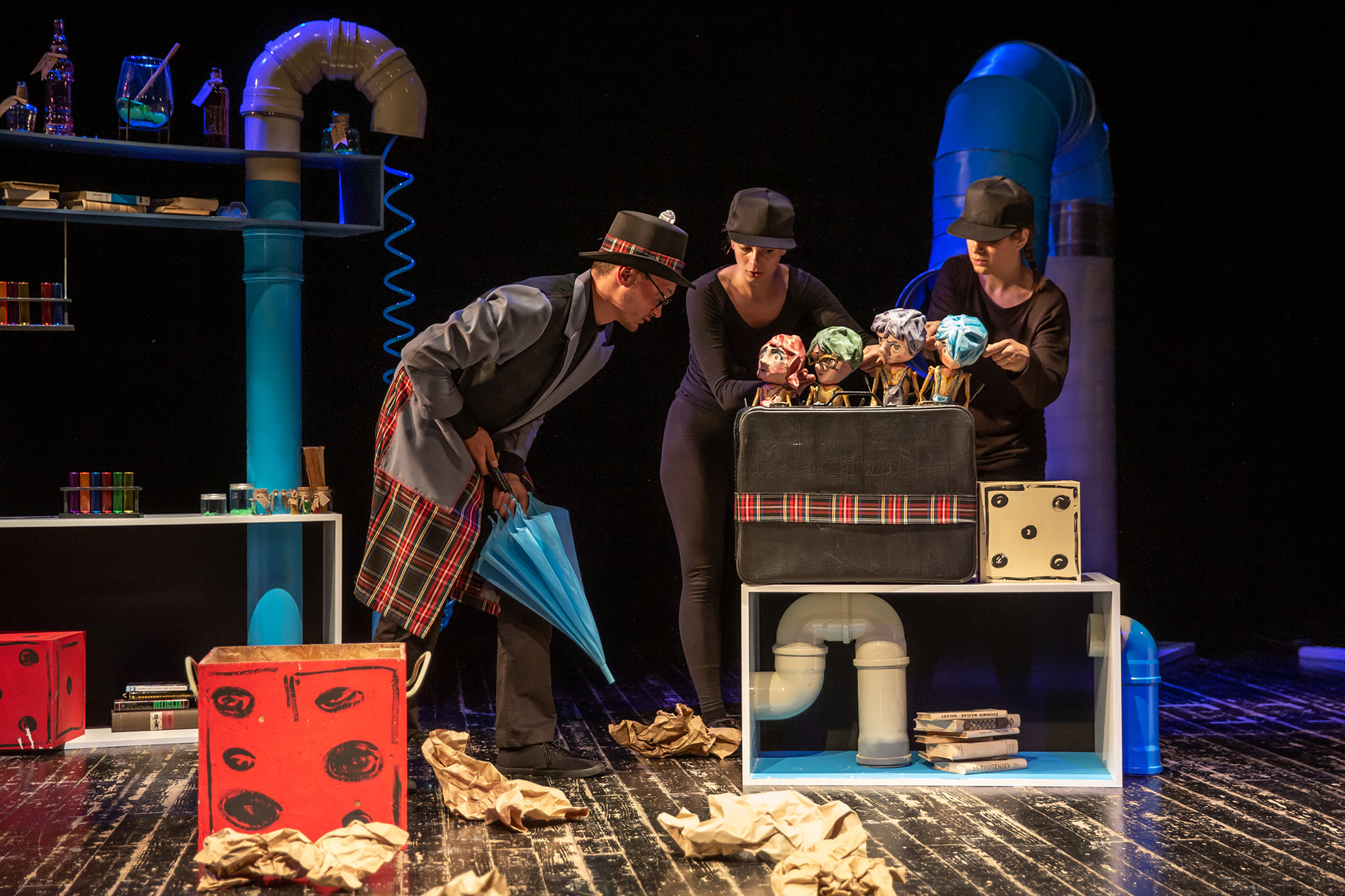 “ASSITEJ International has celebrated this day on the 20th March since 2001, and since 2012, we have themed the day with the slogan “Take a Child to the Theatre Today”. This has been a rallying call for action to increase artistic access for children and young people and to draw attention to the responsibility of the gatekeepers, sponsors and ticket-purchasers in ensuring that young audiences experience the power of the arts.However in this topsy-turvy year, where the world as we knew it has stopped turning in its old orbits, and so much has changed for artists, for theatres, for festivals, for families, for schools, and of course most importantly for children and young people, it seems that we can no longer say “Take a child to the theatre today” with the same assurance as before.This is not because the arts or theatre are any less important – indeed if what our message writers have to say is true, they are more important than ever – but rather that the mechanisms for sharing this experience have had to change and adapt.So this year, on the World Day for Theatre for Children and Young People, I want to celebrate the extraordinary wealth of talent, of creativity, of resilience, of adaptability, of sheer doggedness and determination, which have seen artists finding new ways to meet their audiences this year.They have told stories live on Facebook with interaction through live chat; they have created recorded or live-streamed interactive experiences for children to enjoy at home; they have played theatre in gardens, parks, driveways, and on the other side of windows; they have turned living rooms and bedrooms into magical spaces to be mapped and discovered, engaging the sensory imagination; they have converted youth labs online and created online libraries of videoed theatre resources; they have turned to everyday technology like the phone and ventured into Whatsapp, Tiktok and Instagram; they have sent theatre experiences in the mail, through posted packs, with creative tools aplenty; they have supported at-home learning; they have created about the pandemic and dreamt up and written the performances for when live contact is permitted again; they have taken online their festivals, play-readings, holiday camps and workshops; they have lobbied and advocated, marched and petitioned; they have stood together. They have build community solidarity by taking art to the streets. They have demonstrated their innate creativity in a myriad of ways.So as we venture together into the “unknown future”, we ask all those who care that children and young people have access to the extraordinary imaginative wealth that the arts can bring them, to keep finding new ways for theatre and young audiences to re-encounter one another. For one thing is certain, theatre is more necessary than ever. In theatre we re-connect, making space for healing. We re-imagine, re-align and resist. We remember and re-member our common humanity. And it is the artist in each of us that makes this possible.”

Malaika Hlatshwayo, a 14-year-old South African, who loves theatre, is a performer and has just published her first book, The Belly Button.

“Why is Theatre important in young people’s lives? Firstly, Theatre is a mixture of most forms of entertainment. For example there’s acting, dancing, music, poetry. All of these heal the soul in a different way for each audience member and for the performers. They also define theatre. Theatre helps us to realise the things that are happening in real life in the most calm and interesting way. What I’m saying is that people are interested in different things. One can be interested in music and might find dancing “boring”. The other can be interested in acting and finds poetry complicated and difficult to understand. But when they all come to the THEATRE, each person can relate and relax, because Theatre isn’t just about one thing, it is about all of them. So Theatre considers everybody’s interests. Coming to the youth, we all have strengths and weaknesses. When someone speaks, everybody listens. When someone moves, everybody wants to see. When someone tells a story, everybody wants to hear. Theatre helps the young ones heal from old wounds and traumatic situations. Theatre can also help us escape the new reality that is Covid-19. Theatre can help the young to see their mistakes and fix them. THEATRE shouts ART and is the best way to help people realise and relate. Theatre helps us to escape the horror of the streets and everything that comes with the streets like violence and drugs etc. THEATRE is the voice for children who feel like they are not heard or their views don’t matter. THEATRE is a way of connecting.
T- Together
H- Healing
E- Experience
A- Ambition
T – Timeless
R- Relating
E- Escape

Luísa Crobelatti is 20 years old and lives in São Paulo; she is a member of Paideia since 2014 and dreams of being an actress performing in the World!

“The theater is the place where we are seen, where we scream and are heard, where dreaming and being dreamed becomes a habit of our day to day (daily life?). We young people yearn for the world and, in addition to the theater supplying the need for life, it is through it that we look inside, into the mirror that is offered to us, and we recognize our environment, our self and the other, both deeply and critically. Sometimes, last year, the theater was the escape valve of a world that is on the edge of the precipice, but at the same time, it was through it that we managed to see the thread of hope, even though it may be the last, and we use it to show our cry for love, help and, even, to warn us of that which our president was unable to warn us about – the real situation of this pandemic. Art has saved us from a lot, including insanity in the midst of the declared chaos. Only in theater can we narrate the past, dialogue in the present and build the future with our own voice and body. The future belongs to us.”

Suzanne Versele is a 23 year old student at the director’s school of arts in Brussels. Last year she perfomed in DROP BY DROP, a play about their experiences during their trip to Israel and Palestina.

Time to look.
I can press pause, rewind, fast-forward.
Performances become moving pixels. I devour them.
Time to look for stories out of my window.
The neighbor, the neighbor’s wife, the neighbor’s dog.
The world gets small.We’re floundering. Over curves.
We make up stories for later.
Summer. The crisis takes a break. We breathe with it.
October. I’m just getting started. Return home!
My mask starts to itch. My stomach starts to itch.
The theater floor lies empty and we burst from ideas.
We hold them. Playing, what was it again?
I want to sit back next to you in a red chair. To be indignant.
Culture is the best way to shout.
But what if it is given a face mask to wear?
We desire more than ever.
We recreate alternatives. On-line, on-the-streets.
We recreate hope. Longer than lockdown measures. Yet another council report becomes a piece of music.
Culture! Celebration! A bottle of champagne.
The cork is coming off. We are bubbling.
Ready to spit.

Hinata Sakai is 10 years old. She lives in Kanagawa prefecture in Japan. She is a member of a regional theatre company, “Our Town”. She first appeared on stage when she was four, acting Spot-billed Duck with all her strength.

I love theatre so much because it is so much fun to act and to watch plays. When I am acting, my body and my heart bound unconsciously. When I am watching a play, I get myself into the story and the characters’ feelings get across to me. If theatre were gone, I would lose three-quarters of my life and be discouraged; therefore, for me, theatre is the power for life and indispensable!